Share your memories with us of St Margaret's Church, Ipswich.

Lots of you have memories of our church which you would like to share, here are some of them.

Do you know about the Gladwyn Room in the Church Centre?

We have all enjoyed using the cosy Gladwyn Room in the church centre for uniformed groups, clubs, meetings, parties and all types of gatherings, but do you know how it was named? 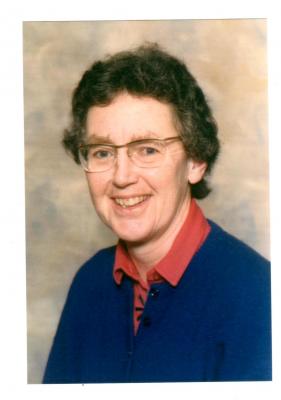 Nancy Gladwyn moved to Ipswich in 1953 and soon after began attending St Margaret’s church with her family. She taught in the reception class at Sidegate Lane School for 35 years and became Head of the Infants. She was totally dedicated to the children in her care and was described by one parent as ‘wonderful’.

In the summer of 2018 we were lucky enough to be visited in church by her sister Monica and her family. Monica now lives in Canada, and she told us a bit about Nancy and what the Church Centre used to be like ‘St Margaret’s Hall ( as it was called then) was very different in the 1950s….it was very shabby and neglected  and full of dark, creepy corners’ . The kitchen had a free standing gas cooker, cold water sink and little else.  There was no comfortable meeting room next to the Hall as there is now.

When Nancy died in the late 1990s, she left a generous legacy to the church, and it was decided to use it for major refurbishment of the well-used Church centre This included a new kitchen and a new meeting room, the Gladwyn  Room . Thank you Nancy!

Do you have any old St Margaret's Christmas cards?

A visitor recently gave us two old Christmas cards. We think they date from 1960s or 1970s, unless you can tell us otherwise!

Look how the yew hedge has changed beside the path, it is now tall bushes. Plus there were a lot more flowers alongside the pathway. Do send us any more old St Margaret's pictures that you have. 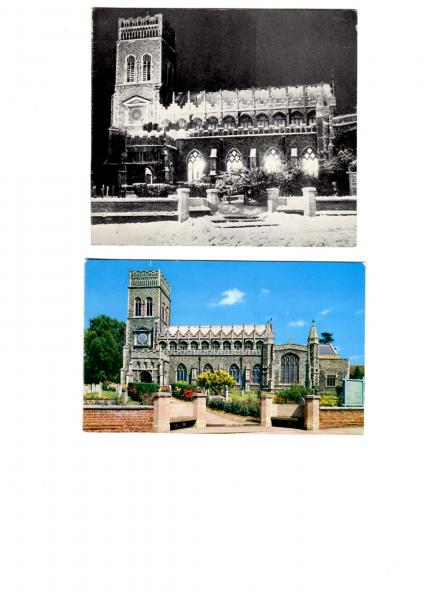 We meet an ancestor of the Fonnereau Family

On one of our tours recently we were delighted to welcome an ancestor of  Thomas Fonnereau who lived in Christchurch Mansion in the 18th century. Our visitor was looking for monuments and references to the family. We were able to show her several funeral hatchments and this lovely monument with a tribute to the Rev William Fonnereau, 3rd owner of the Mansion. Thank you for joining our tour and sharing your memories with us. 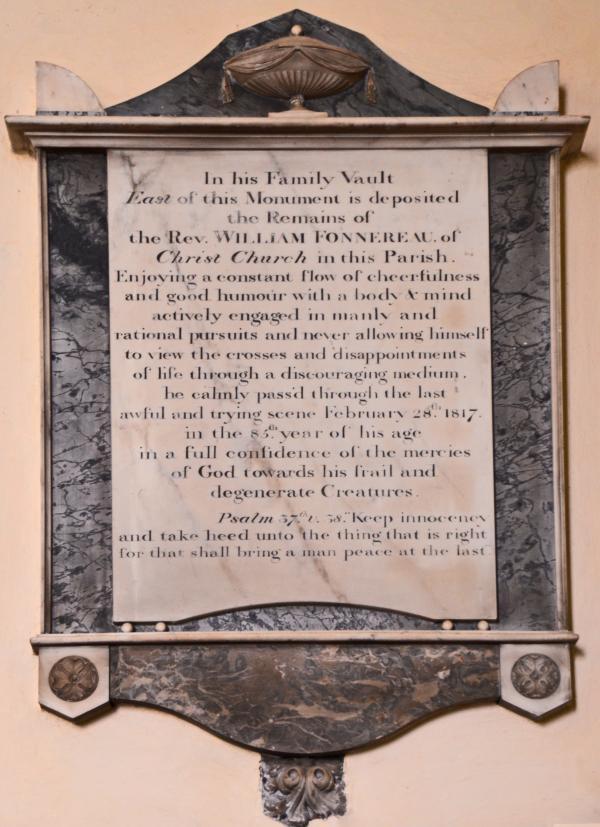 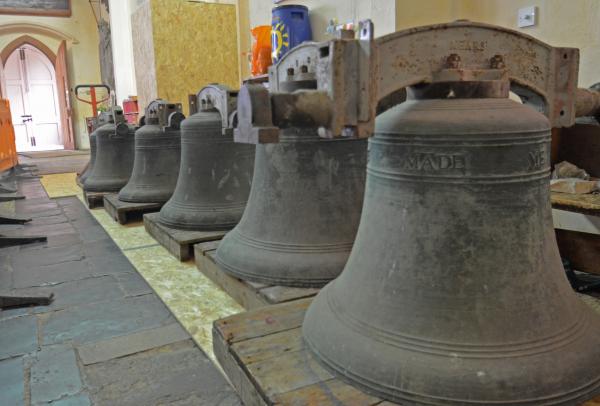 "I have been a bell ringer at St Margaret's for over 25 years. The most memorable occasion for me was ringing the bells when the Queen Mother died.

The bells were half muffled and it sounded so strange. We had to really concentrate and listen to hear the bells, it was really weird, but amazing at the same time!"

My ancestor is buried in your churchyard 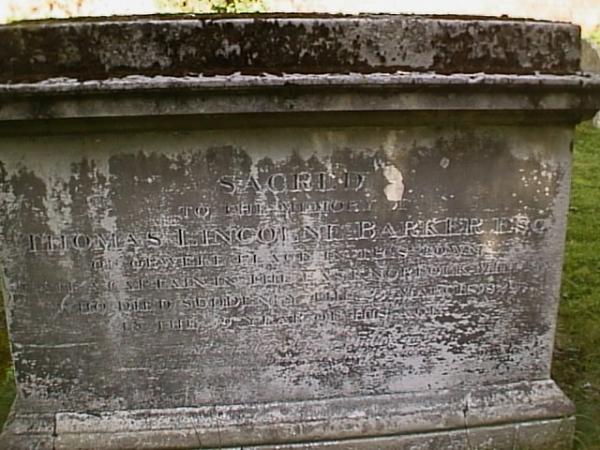 "My family lived in Norfolk from the 15th century but my gt-gt-gt- grandfather Thomas Lincolne Barker moved to Ipswich where he was married in 1813 at St Stephen’s to Ann Courtnall Edwards.

They both lived at Orwell Place in Ipswich. He was Governor of the Norman Cross Prisoner of War Barracks in 1810. They were both buried at St Margaret’s and their quite imposing tomb is in the graveyard on the north side of the church."

I was taught bell ringing at St Margaret's 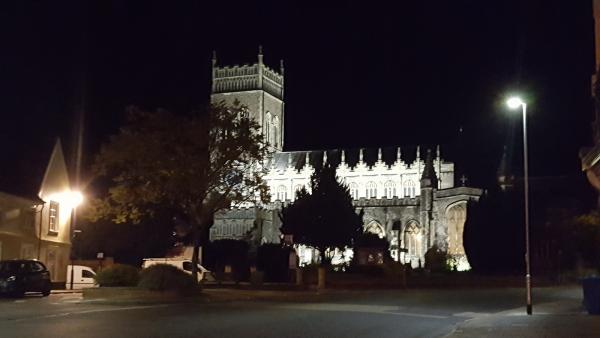 "My sister and myself learnt bell-ringing with our father, John Blythe, in the 1970s."

Our grandfather was churchwarden at St Margaret's 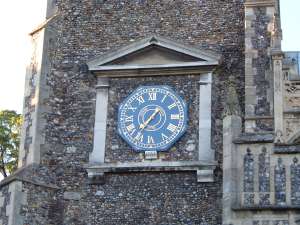 Richard writes, my grandfather was born in 1847 and had a business in Ipswich. He lived on Tuddenham Road and the whole family, with 6 children, attended church on Sundays. Two of my uncles were in the choir and my grandfather was churchwarden. He had poor health, so did not serve in the First World War, but he was responsible for keeping all the public town clocks wound up and on time. This included the clock in St Margaret's

We got married in St Margaret's - Rick from Virginia USA writes 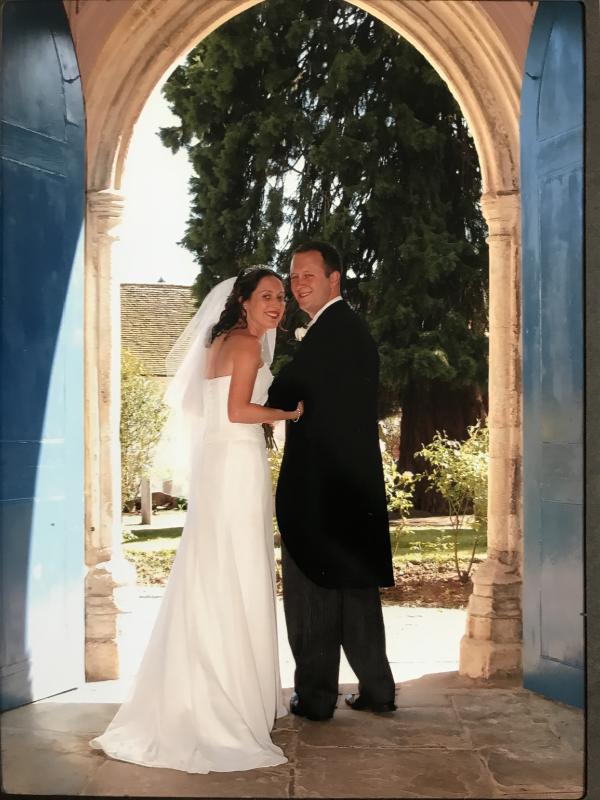 "We had lots of family members from the USA at our wedding in the church. They were amazed that the building is older than their own country!"

Derek joined the choir in 1954 and became head chorister 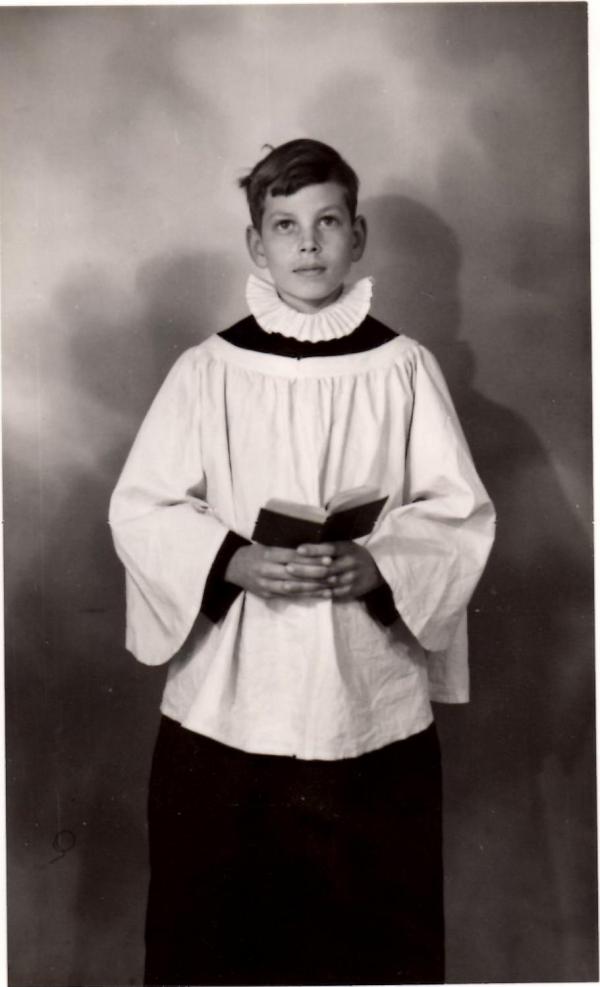 He was a pupil at St Margaret's school and was invited to join the choir by the vicar, Canon Battersby. The choir was all male then and had about 14 or 16 boys who attended 2 practices a week. He sang at weddings and funerals for which he was paid half a crown each time (11.5p).This was good pocket money in the 1950s. He remembers once going straight from a wedding with his earnings and using it to buy a ticket at the Odeon cinema for the film '2000 Leagues Under the Sea'. He once sang a solo with professional singers in the church. He remembers going on choir outings and getting lost in Great Yarmouth on one occasion, but thankfully was soon found by other choir members.