The Restoration of Our Church Bells

Home > Heritage > The Restoration of Our Church Bells

Below is a photographic record of the building work and the restoration of St Margaret's bells, which was in large part funded by National Lottery players through the Heritage Lottery Fund. Other generous grant funding was received from the Suffolk Guild of Ringers and several individual donations. 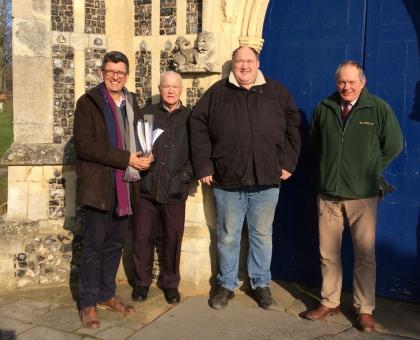 After obtaining all the necessary funding and approvals as described in the Background to the Bells and Heritage Project we assembled the team who were going to oversee and co-ordinate the works. The photo shows, from left to right, Nick Jacob of Nicholas Jacob Architects who designed and took overall responsibility for the building works project; David Bearcroft (local historic clock specialist) who serviced and repaired the tower clock; Andrew Nicholson of Nicholson Engineering (Bellhangers) who oversaw all aspects of the new bellframe and the restoration of the bells; and John Hogg of R&J Hogg Ltd, building contractors specialising in historic buildings who were the main contractors responsible for the building works.  The photo was taken in February 2017.

In May 2017 Nicholson's, aided by some of the St Margaret's bellringers and Hogg's men, removed all the bells from the old bell frame and lowered them down the tower. The largest one only just fitted through the hatches in the floors. 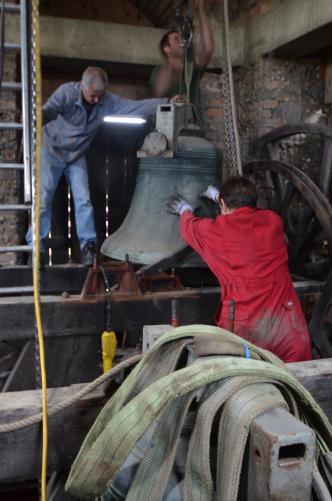 Bell being lifted out of the old frame 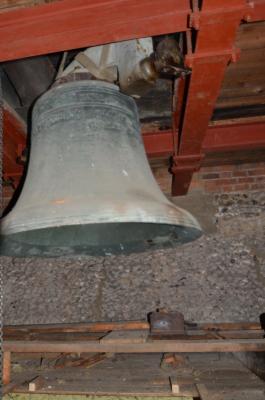 .... lowered through the base of the old frame 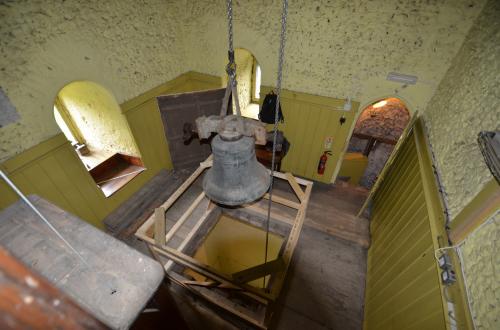 ...  down through the old ringing chamber 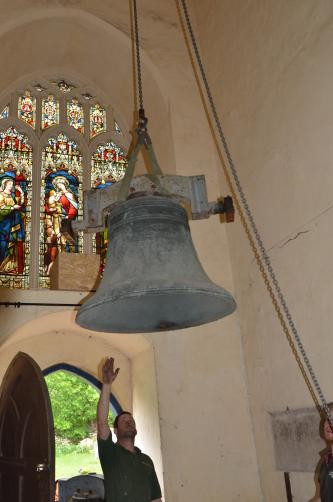 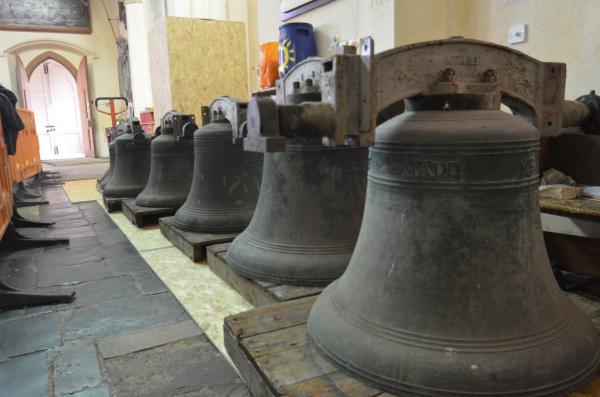 and we had an open evening when lots of people came to see them. 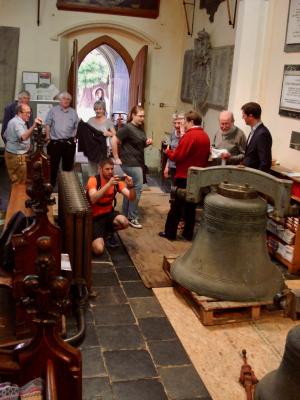 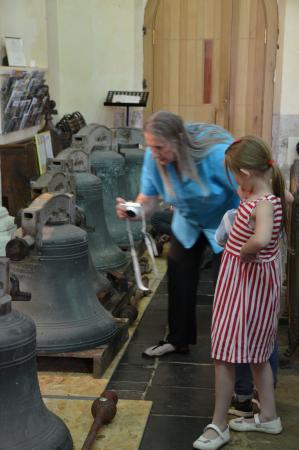 The next day they were taken outside and loaded onto a lorry and lots more people came to take a look, including the children from St Margaret's School who had been learning how to ring them a few months earlier. 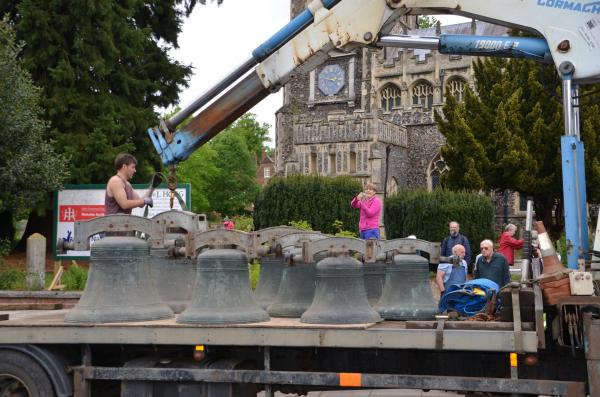 The old wheels, on which the bells turned, were to be replaced, but some bellringers took them away to make a feature in their garden! 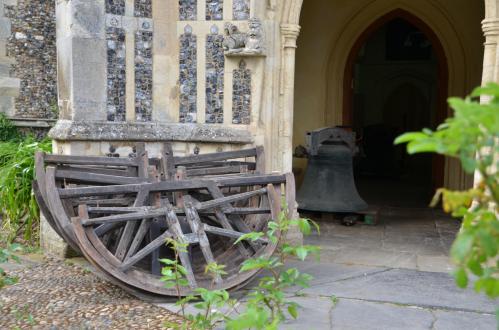 The bells were taken to Nicholson's workshop in Bridport, Dorset. The three youngest bells, dating from 1899 and 1925 (the treble, second and fourth), were not a good match to the five older ones cast by Miles Graye I of Colchester in 1630. To improve the tone of the peal as a whole the three youngest were to be replaced with newly cast bells to match the Miles Graye ones and a small amount of re-tuning done to the older bells.

The three new bells were originally going to be cast by the Whitechapel Bell Foundry in London, but in December 2016 the Foundry announced its closure after some 500 years. Nicholson's had to make alternative arrangements and commissioned Dutch Founders, Eijsbouts of Asten, with whom they had worked before and knew produced bells of a very high quality. Eijsbouts cast our three new bells in the summer of 2017 and in September several St Margaret's bellringers visited Nicholson's workshop in Bridport to see the new bells, laid out next to the old. 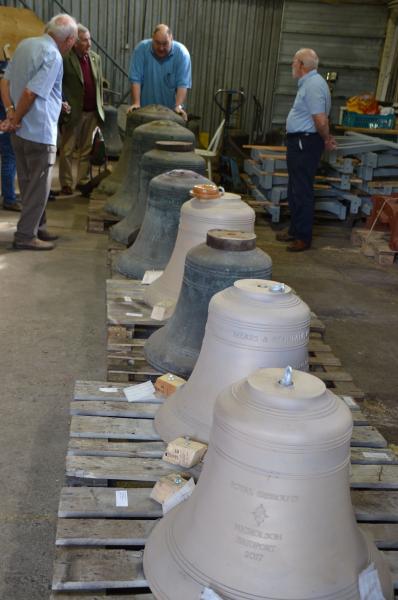 Nicholson's had started to make the new frame and fittings, including the new wheels. 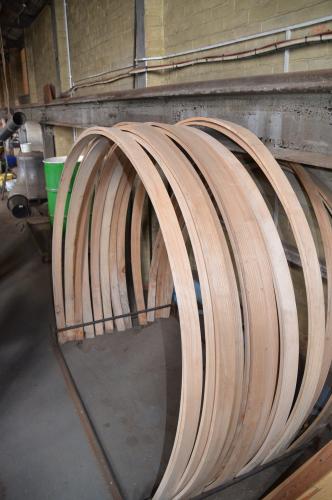 Meanwhile back at church Hogg's lowered the ceiling of the old ringing chamber, created the holes in the tower walls for the new steel beams on which the new bellframe would sit, built the new ringing gallery including a fine new doorway off the spiral stairs, repaired and redecorated at all levels, constructed new cupboards and noticeboards and did a vast amount of other small jobs to get everything ready for the return of the bells. Most of their work was carried on behind a big plastic screen which they built to prevent dust from the tower works from getting into the rest of the church, and much of the time they were working in very cramped conditions, so getting good photographs of them and what they were doing was difficult, but below are Shaun Lummis and George Cawston putting the finishing touches to the new gallery floor. 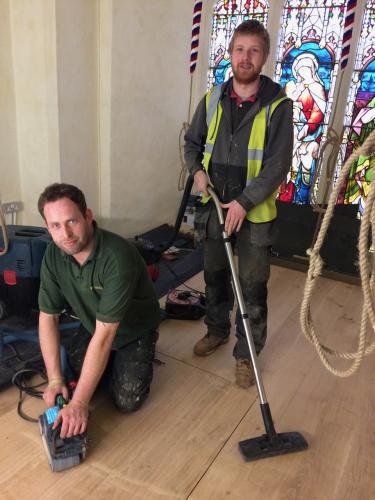 Our church electrician, Kevin Barker, did a vast amount of rewiring over many months, taking out old fittings and installing new lights, sockets and cables for all of the new levels to make everything safe and functional.

Finally in early March 2018 the bells returned, in a snowstorm! 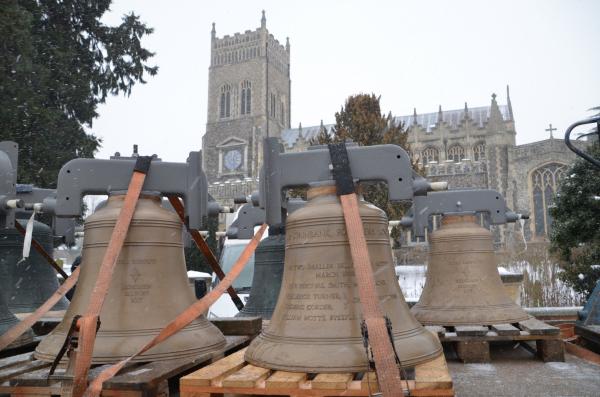 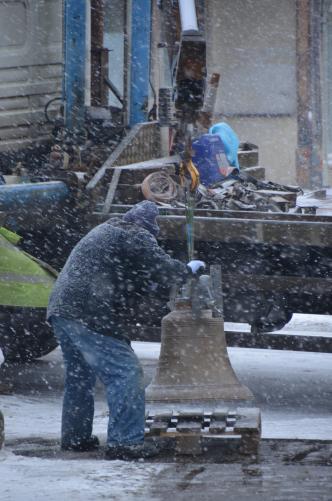 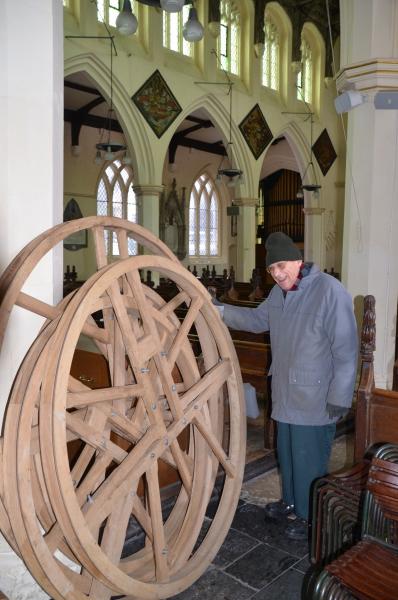 The bells were decorated by members of our Flower Committee and blessed at a special service, Below are the two largest bells, the Tenor and the Seventh both dating from 1630. The shiny bronze around the bottom of the bells is where they were ground on a lathe to be tuned. 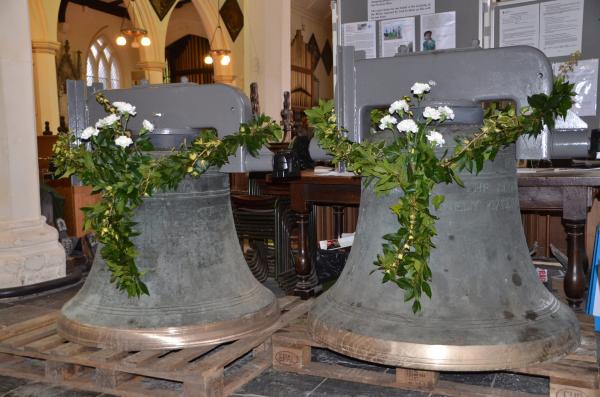 Over the next few days the fittings were lifted up the tower and the new frame assembled. Then the bells were lifted up, through the new gallery floor ... 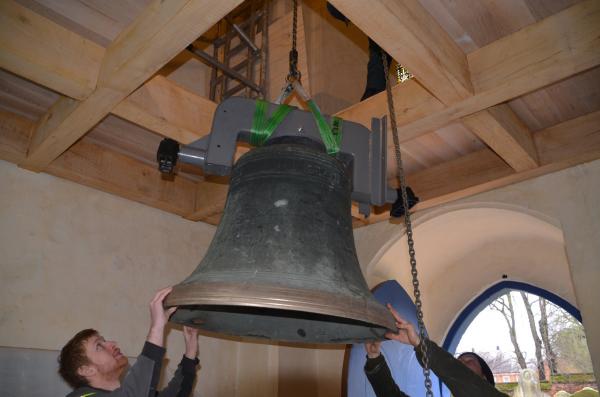 ... the wheels were fitted onto the headstocks of the bells 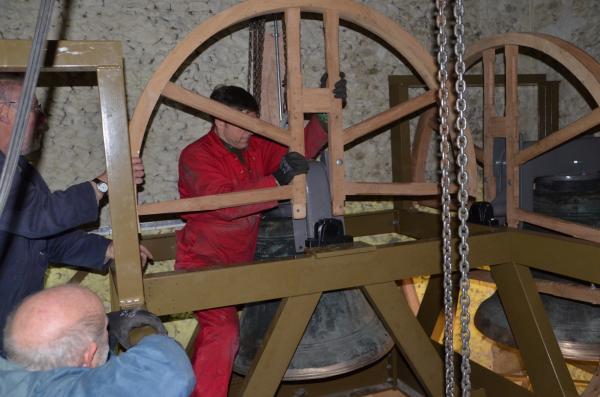 ... until all the bells were in place. 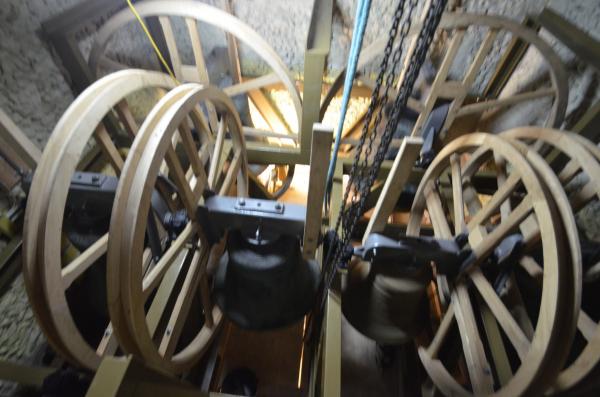 Then the ropes were added to the wheels ... 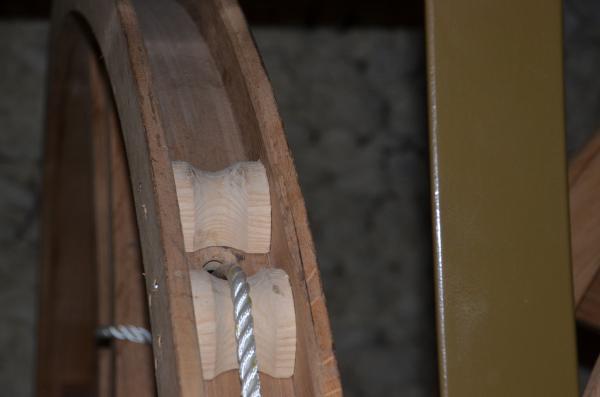 the clappers were hung inside the bells .... 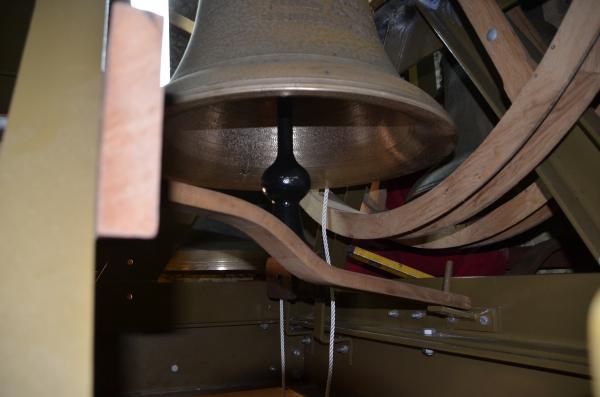 ... and finally the bells were ready for ringing from the new gallery.

The photo below shows Andrew Nicholson presenting a description of the bells and the works to John Girt. The document can be read here. 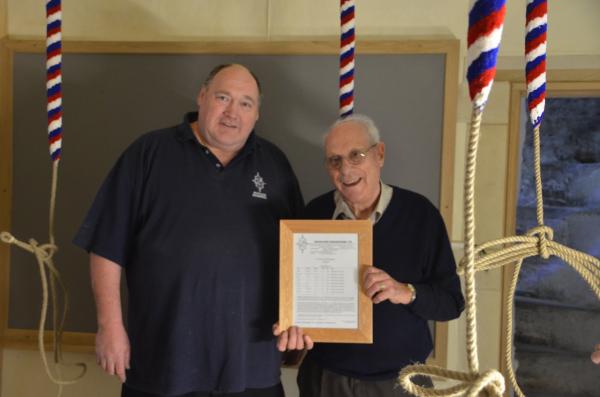 The bells were given their first 'official ring' on Easter Day, 1st April, 2018.

A new Guide to The Bells and Clock can be found here.

More photos can been seen on the St Margaret's Flickr site (click on the blue and red dot symbol at the bottom left of this page).